Dr. David Dykes will be 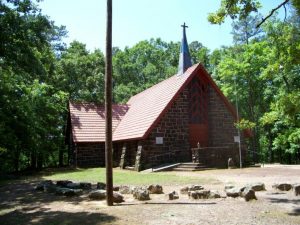 the speaker at the annual spring meeting of the T. Whitfield Davidson Foundation held at the Josephine Davidson Memorial Chapel in the pine-clad woods near Harleton, a part of one of the most unique events in Harrison County.
This event begins at 11a.m. on Saturday, May 21, 2022 and following Dr. Dykes’ appearance, all those in attendance are invited to remain and enjoy a complimentary catered lunch on the chapel grounds.
David Dykes is the Pastor Emeritus and former Senior Pastor of Green Acres Baptist Church in Tyler and presently serves as the interim Pastor at Mobberly Avenue Baptist Church in Longview. Born in Alabama, Dr. Dykes is a graduate of Samford University and holds masters and doctoral degrees from the Southern Baptist Theological Seminary in Louisville, Kentucky. He has also done post-doctoral studies at Cambridge University in England. His well-known preaching and public speaking skills will insure a impressive program for all those attending.
On a country road between Harleton and Gilmer, the Josephine
Davidson Memorial Chapel was constructed to honor the mother of one of Harrison County’s most outstanding jurists and political figures. Judge T. Whitfield Davidson, self-educated, “read law,” then passed the Texas Bar Exam, served as City Attorney in Marshall, Texas State Senator, Lt. Governor and ran for Governor of Texas in 1924 on a platform attacking the Ku Klux Klan which was then attempting to take over many state offices. Though he failed to win the governor’s chair, he was appointed Federal District Judge by F.D.R. and continued his battle against vigilante justice until he was in his 90s.
Childless, in 1955 Davidson decided to use his wealth to honor his mother by building a stone chapel in her name on the farm where he was born. He
intended it to last forever, he said, and was buried there in 1974, two
years shy of his 100th birthday.
When he established the Davidson Foundation, he gave its Trustees two Tasks: 1. maintaining the chapel and 2. holding two public gatherings each year. One gathering was to be in the fall (third Saturday in September) where someone “learned in the Constitution and laws of the land” would speak and one in the spring (third Saturday in May) for a celebration of “the faith of our fathers.”
Reflecting, perhaps, on his own memories of arduous trips to the County Seat from the country, he made sure the guests at each gathering would be fed before they left the grounds.
To reach the chapel from Marshall, travel north on S.H. 154 to Harleton, there turn onto FM 450 North and follow it northward (toward Ore City) until it meets the Davidson Road (a TxDOT sign marks the turn) then turn left from FM 450 onto Davidson Road and follow it until it intersects the entrance to the Chapel property, which is marked with a sign for the entrance. From Gilmer take S.H. 154 south to Harleton and follow the same directions. From Longview, take Alpine Road (FM 2208) to Harleton and then follow the same instructions.
The Foundation’s Trustees invite the public to enjoy this unique East Texas tradition in one of our area’s most picturesque settings.