“It is truly an honor to recognize the talent, dedication and innovation that happens within DPS, and the tremendous partnerships around the state that help protect the people of Texas,” said DPS Director Steven McCraw. “I am proud of the work these men and women have done and I hope these awards shed light on the incredible things they do each day.”

The William P. Clements Excellence Award is named in honor of the former governor and his commitment to excellence in government. The award honors a commissioned and non-commissioned employee for their exceptional performance of duties throughout the course of their DPS careers. Enterprise Program Specialist TJ Olivarez and Sergeant Tactical Flight Officer James Morris each received a 2022 William P. Clements Excellence Award.

TJ Olivarez, Infrastructure and Operations Division (IOD) — Austin, began his career with DPS in 2014 as a mailroom supervisor. Over the years he has increased productivity by modifying mailroom hours of operation, establishing cross-training and providing additional training opportunities and promoting accountability. His initiatives resulted in the purchase of mail processing equipment that saves DPS about $100,000 annually. Olivarez also implemented a new process for priority mail at a discounted rate, saving an additional $330,000 in its first year. In 2020, he was promoted to Distribution Manager of General Stores, and in 2021, promoted again to Enterprise Program Specialist. Olivarez made an impact on the organization by coordinating statewide logistics for COVID-19, as well as assisting the Operational Medicine Unit with the distribution of testing kits and the rollout of the vaccine. Olivarez loaded and delivered supplies and personal protection equipment to personnel at the capitol during civil disturbances and disaster responses. He has consistently gone above the responsibilities of each position he’s held, and been a consistent provider of superior service, solutions and support to the entire agency.

Sgt. James Morris, Aircraft Operations Division (AOD) — Alpine, began his career with DPS in 2002.  His productivity, loyalty and devotion to duty have significantly enhanced the services provided to AOD. He’s worked with numerous pilots and agencies in the Big Bend area and is an expert tracker on the ground and in the air. Morris’ expertise has resulted in the apprehension of thousands of migrants and the seizure of tens of thousands of pounds of narcotics. Additionally, he’s been involved in numerous life-saving missions during natural disasters, active shooter events and other critical incidents. Morris has earned several awards and letters of commendation from the department and other agencies. Before joining DPS, he served in the United States. Marine Corps. Morris is also a pillar of the community, and is a member of the Knights of Columbus, American Legion and Veterans of Foreign Wars. He has been a youth sports coach for more than 18 years and was recently elected to serve as a trustee on the Alpine Independent School District Board.

In addition to the two William P. Clements Excellence Awards, the following individuals were also recognized:

Trooper Ryan Halfmann, Highway Patrol — Georgetown, received a Lifesaving Award for his actions on Sept. 10 in conjunction with Trooper Dorian Turner. The pair was helping at a homeless camp when a woman ran toward them, holding a hand on the back of her neck. When she got closer, the Troopers could see a large amount of blood on her chest. The woman said a person at the camp struck her with an axe. Turner assessed the woman’s injury and saw a deep laceration to the back of her neck that was bleeding profusely. Halfmann gave Turner a towel to apply pressure, however, the bleeding continued. Halfmann had a Quick Clot bandage, which he and Turner used to apply pressure to the injury until EMS arrived. Turner accompanied the woman to the hospital to maintain pressure on the wound, and Halfmann stayed on the scene to find the suspect, who was located a short time later. The woman survived her injuries. (Trooper Dorian Turner was recognized at the December PSC meeting.)

Trooper Chad Overton, Highway Patrol — Albany, received a Lifesaving Award for his actions on July 21. That day several troopers, along with a Florida Highway Patrol Trooper, were working in Del Rio as part of Operation Lone Star. As they gathered at a restaurant for dinner, a man staggered to their table in distress and mouthed the words, “I’m choking.” Overton performed the Heimlich maneuver and while the man improved slightly, he still wheezed, even after sitting down. Overton performed the Heimlich again, and the man improved once more. EMS arrived and, after evaluation, determined the man’s lungs were clear.

Trooper David Patch, Highway Patrol — Jourdanton, received a Lifesaving Award for his actions on Sept. 21. He spotted a passenger vehicle leave the road, drive into the median, then go across the southbound lanes and flip several times. Patch immediately drove toward the crash and spotted a female outside the vehicle with a severe injury to her right hand. He placed a tourniquet on her right arm due to excessive blood loss. The woman was frantic because of the trauma of the accident, however, Patch continued providing medical aid and emotional support. He controlled the bleeding and bandaged the woman’s hand while waiting for EMS to arrive.

Trooper Garrett Sturgill, Highway Patrol — George West, received a Lifesaving Award for his actions on Aug. 3 when he responded to a call about a migrant who was injured while trying to jump from a train. The man’s leg was severed by the train’s wheels. When Sturgill arrived, he assessed the situation and applied a tourniquet to the victim’s right thigh to prevent further blood loss. EMS arrived and continued medical treatment before the man was flown to a San Antonio hospital for emergency treatment. Paramedics said had it not been for Sturgill’s actions, the man would not have survived.

Trooper Bradley Fein, Highway Patrol — Mt. Pleasant; Trooper Alan Owens, Highway Patrol — Tyler; Cpl. Earnest Parker; Highway Patrol — Baird; and Trooper Michael West, Highway Patrol — Eastland, each received a Lifesaving Award for their actions on Oct. 11. The team was on patrol that day for Operation Lone Star when a driver notified West of a woman lying on the side of the road. When West arrived he saw the woman being swarmed by bees. West contacted another Trooper off scene who is a beekeeper, and was advised to spray the woman with a fire extinguisher, douse her in water to minimize the bees’ aggression and have her walk away from the hive. As West sprayed the woman, the bees attacked him, forcing him to retreat. West called communications, asking for additional units and EMS. Fein arrived and used his public address system to tell the woman to walk toward their patrol vehicles. As she did, West continued to spray her with the fire extinguisher. Owens arrived and also used his fire extinguisher to spray the woman, then doused her in water. Parker arrived and assisted West, Fein and Owens. The woman was taken to the EMS staging area. As the troopers cleared the scene, Parker spotted a second woman on the side of the road who had also been attacked and was having difficulty breathing. Fein had an Epi-pen and drove back to the scene. While Parker and Owens waited, they poured water on the woman and swatted bees away. Once the Epi-pen was administered, the woman was driven in West’s patrol vehicle to the EMS staging area. The bee stings were life-threatening to both women, but they survived.

Trooper Ricardo Vergara, Highway Patrol — Rio Grande, received a Lifesaving Award and Agent Arnold Cantu, U.S. Customs and Border Protection, received a Director’s Award for their actions on Sept. 12. Vergara was a member of a Special Operations Group that was assisting U.S. Customs and Border Protection Agents near the Rio Grande River as part of Operation Lone Star. They spotted a boat with multiple people inside crossing the river from Mexico. Once the boat got to the U.S. side of the river, officials saw what appeared to be drugs loaded into a Ford Expedition. As the vehicle began to leave, Special Operations Group operators and Border Patrol agents converged on the vehicle. People fled, jumping into the river to swim back to Mexico. One of the men couldn’t swim and struggled to stay afloat. Vergara and Cantu quickly paddled out to assist the man. They brought him ashore, assessed him for possible injuries and then transported him for processing.

Capt. Oscar Garcia, Brookshire Police Department, received a Director’s Award for his professionalism and dedication as a Task Force Officer in the Criminal Investigations Division of DPS. Garcia has served as a Task Force Officer in CID since 1994. Since that time, he has conducted thousands of undercover narcotics and weapons purchases from drug traffickers and facilitated arrests and asset seizures, as well as played a critical role in the investigations of gangs, fraud, public corruption, corrupt law enforcement officers and human trafficking. In 2020, during an investigation involving the Hiram Clarke Bloods Gang and a Houston-based drug trafficking organization, Garcia conducted undercover purchases that led to the arrest of 35 drug traffickers and gang members, as well as the seizure of 16 kilograms of methamphetamine and 14 firearms. In 2021, Garcia’s expertise infiltrating criminal organizations with direct links to Mexican Drug Cartels allowed the department to seize more than 200 kilograms of methamphetamine and two clandestine laboratories. Garcia also provides instruction and leadership to officers with less experience, he mentors colleagues and is a senior instructor at the DPS Covert Operations School.

Please join the department in recognizing these individuals for their outstanding work. 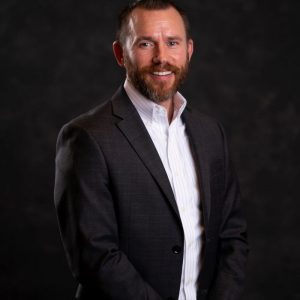