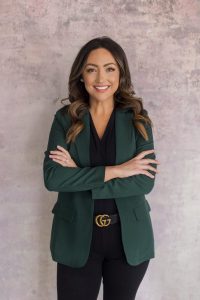 Verona, PA – Effective immediately, Robroy Industries has announced the promotion of Stephanie Ellis to Director of Marketing.  Ellis began her career with Robroy Industries in 2010 and was promoted to Marketing Manager of the Raceway Division in 2014.

In her new role Stephanie will lead marketing objectives across all divisions for Robroy including the Pennsylvania, Michigan, and Texas locations.  She will be responsible for evolving marketing efforts by leveraging innovative technologies, expand

Robroy Industries CEO, Rob McIlroy, stated “During her tenure of 11 years, Stephanie has been recognized year over year for her dedication, prominent level of performance and relentless project execution in demand creation programs. These attributes have contributed to the success she has achieved in her role as Marketing Manager.”