“This is the most special day for all of us,” said TJC President and CEO Dr. Juan E. Mejia as he greeted the graduates.

“In my 35 years of serving in higher education, I have participated in countless graduation ceremonies, but which one has been my favorite? This one. The one that I am actively participating in right now. Why? Because you are here. You are heroic students who have gone through so many trials, tribulations, challenges and opportunities — and now, here you are as candidates for graduation.” 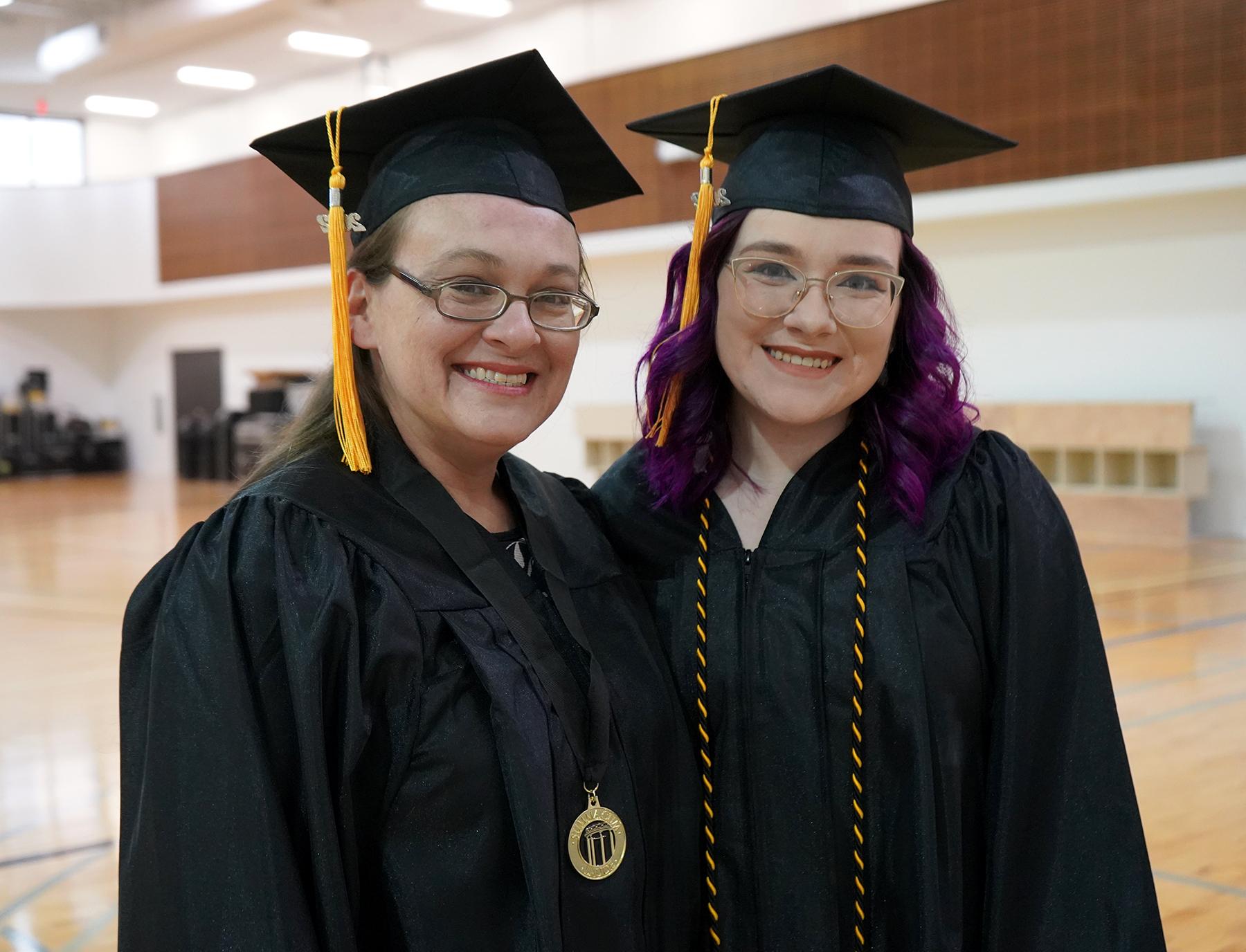 Mother-daughter duo Melissa Burt and Kaelyn Toone, both of Tyler, walked the TJC stage together on Friday.

“What really made it possible for me was being able to do this online,” Burt said. “With COVID, plus my other daughter being special needs, we needed to be really careful. Also, my dad was also living with us. So, it’s been really crazy for two years. If not for the online option at TJC, there would have been no way for me to be able to come to class regularly.”

Both enjoyed their TJC experiences, some of which included taking a few classes together, but now their college journeys are taking different directions.

“Right now, I work with people with autism in behavioral therapy using applied behavioral analysis (ABA),” Toone said. “I want to continue to work my way up in the behavioral side of psychology and work with mostly youth. I will definitely remember the kindness that radiated around the TJC campus almost every time I was there.” 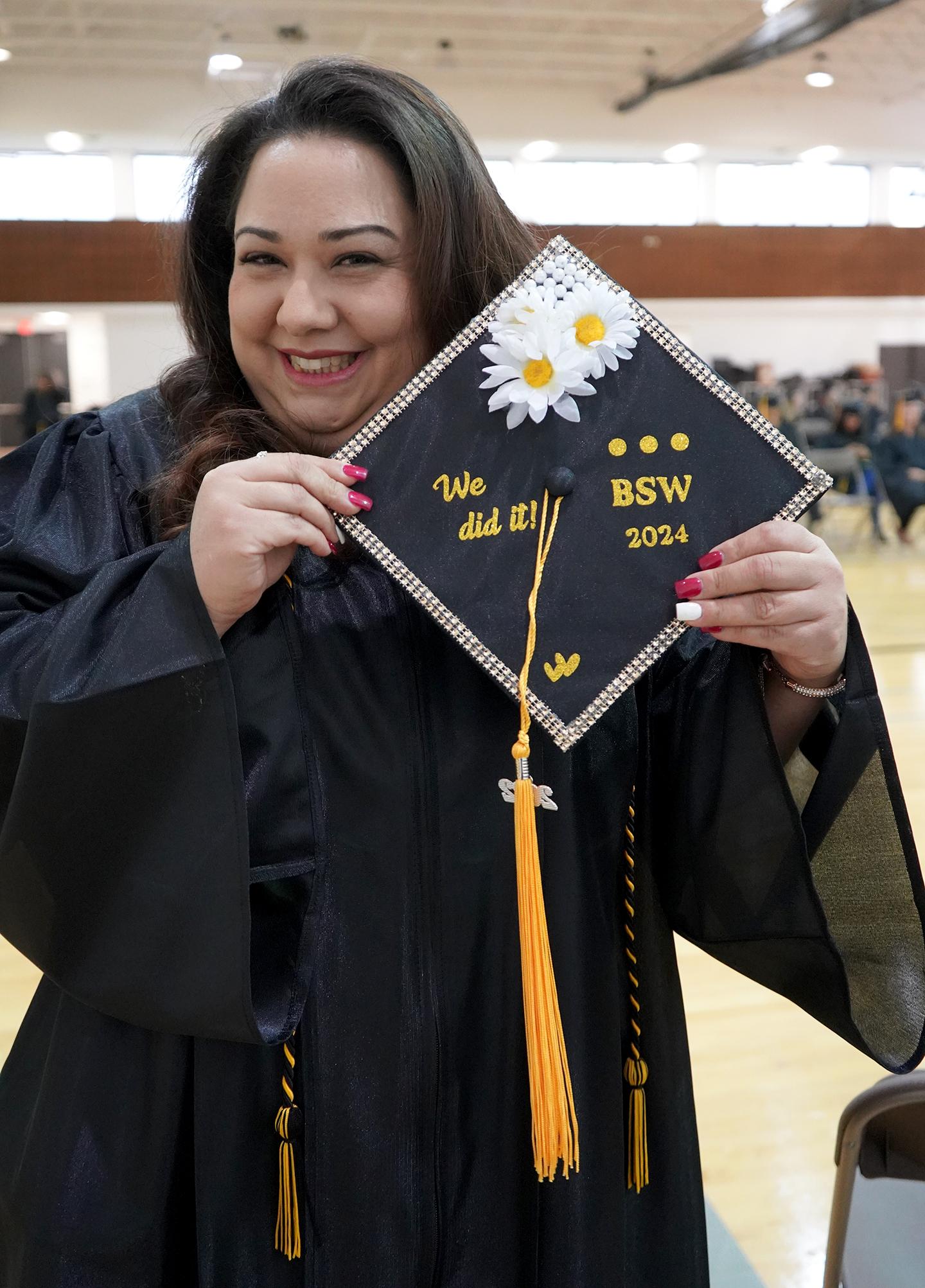 “I am not your traditional college student,” Salgado said. “I came back to get my degree at an older age after my life choices put me in a situation where I could not provide for my daughter. I am first-generation college student, and, because of this, I was accepted in the TRIO program. Their services were a big impact on my success at TJC and beyond.”

“I was fortunate to receive the Presidential Honors scholarship as well as the TJC Promise scholarship, which took care of all my college expenses,” she said. “College is very expensive, so having the opportunity to have two years of college paid for was an advantage that I did not want to pass on.” 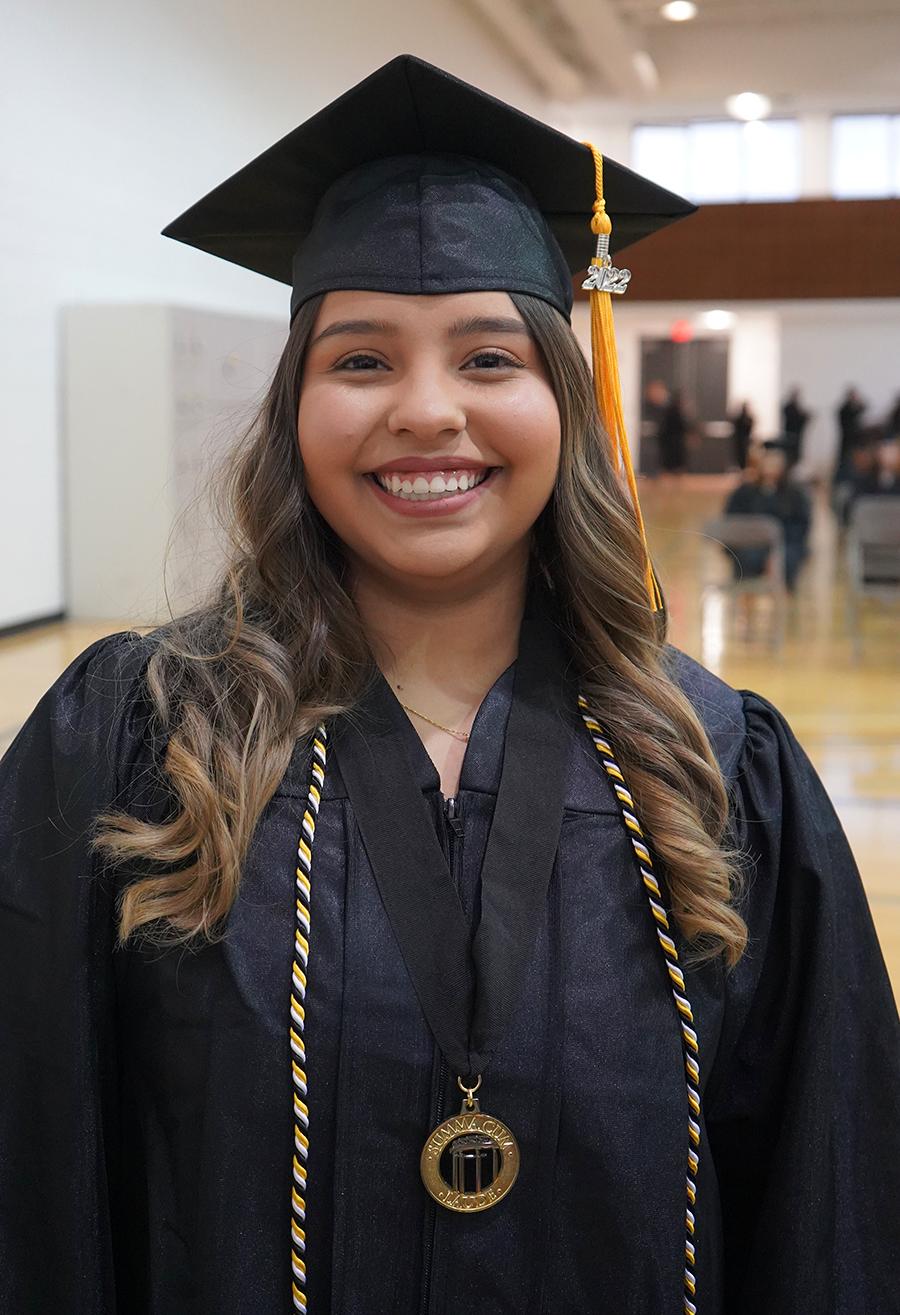 Dominguez continued, “I love TJC because it’s such a tightknit community, especially the honors program. They had so much to offer. Being in the program kept me really steady with my grades because we all supported each other. Honors Director Dave Funk was also super helpful in helping me transfer to the honors program at UT Tyler.”

Daisy Moreno, of Tyler, earned her criminal justice degree and has been accepted into the Texas Department of Public Safety Academy to become a Texas State Trooper.
“I have always wanted to be a criminal justice major, and I heard really good things about TJC,” Moreno said. “I just want people to know that at first it can be a challenge; but if you commit to it and be consistent, you will make it — maybe even farther than you could have imagined.” 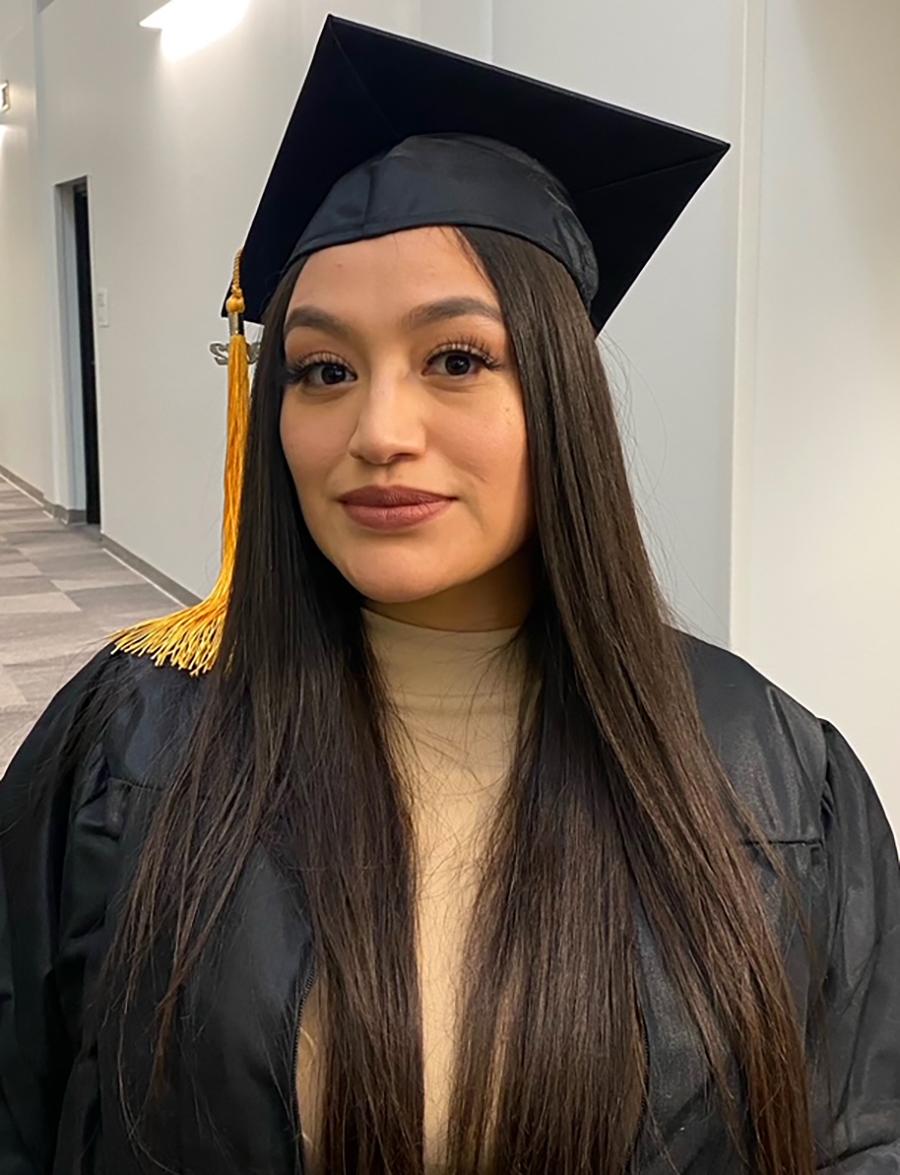 Daisy Moreno, of Tyler, earned her criminal justice degree and has been accepted into the Texas Department of Public Safety Academy to become a State Trooper.