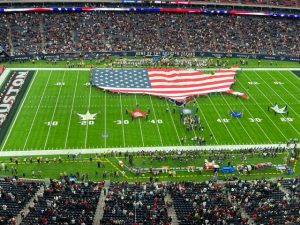 The 1-7-1 Houston Texans returned to NRG Stadium in Houston Sunday to take on the currently surging Washington Commanders.  The Commanders, sitting at 5-5 coming into the contest, defeated previously undefeated Philadelphia on Monday night.

The Texans looked anemic from the start, and had a horrific first half as they garnered only 5 total yards in the first two quarters, a franchise record low for a half.  They were never in the game, and ended up losing by the score of 23-10, moving to 1-8-1 on the year.

Houston won the coin toss and elected to defer to the second half.  Ka’Imi Fairbairn kicked away and the Commanders returned the ball from their 3 to the 23 and Taylor Heinicke brought his charges onto the field.  The Texans defense looked good, forcing a three-and-out.

Houston got the ball after a punt and inept quarterback Davis Mills showed early why he should be benched like fans have been calling for.  On the first play of the possession, Mills threw a 37-yard pick 6 to Kendall Fuller with 13:16 left in the opening frame.  Joey Slye added the PAT and Washington took an early 7-0 lead.

There was a touchback on the ensuing Slye kickoff and Houston set up for their second possession at their 25.  Thanks to a strong Commanders defense, it was a quick three-and-out for Houston.  Cameron Johnston punted the ball away and following a short return Washington went on offense for the second time, beginning at their 41.  It was another quick three-and-out and after a Washington punt Houston was in business again at their 25.  Houston could get nothing accomplished and punted away after only one series.

The teams exchanged punts and there was no further scoring until Curtis Samuel ran into the end zone from 10 yards out with 11:44 left in the first half.  Slye added the extra point and Houston trailed 14-0.  The drive was 9 plays, 85 yards and took 5:11. 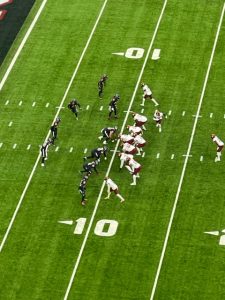 Washington padded their lead following a 10-play, 54-yard drive that took 4:55 off the second quarter clock.  The score came on a 25-yard Slye field goal with 4:53 left in the half, moving the score to 17-0 in favor of the Commanders. 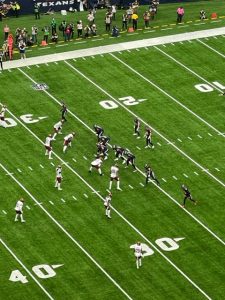 Washington added another 24-yard chip-shot Slye field goal with just 7 seconds left in the first half, pushing the visitors lead to 20-0 as the half closed out.  The drive was 11 plays, 61 yards and took 2:53.

Houston took the second half kickoff and after a touchback to the 25, began a lengthy scoring drive, converting a 4th and 3 inside the Washington 15.  They were further aided by a personal foul call against the Commanders that set up a 1st and goal at the 5. Sadly, the drive stalled and Fairbairn came out and kicked a 29-yard field goal, getting Houston on the scoreboard, trailing 20-3 with 9:53 left in the third quarter.  The drive was 12 plays, 64 yards and took 5:07.

Washington responded with 12:08 left in the game when Slye capped off a 10-play, 20-yard drive that consumed 6:31 with a 44 yard-field goal, increasing the Commanders lead to 23-3.

Houston found the end zone one last time in the game when quarterback Davis Mills ran in from the 4 with 3:19 left in the game.  Fairbairn added the extra point and the Texans deficit decreased to 13, bringing the score to 23-10.

The Texans attempted an onside kick, but the visitors recovered at the Houston 42.  Heinicke led his charges toward the Houston goal line and they ran down to the 6 and time expired, moving the Commanders to 6-5 on the season.

When Coach Lovie Smith faced the media after the game, you could tell he was getting very frustrated by his comments when he entered the team auditorium.

“We had some disappointing losses this year. We had a chance to win. Not many games I don’t think we’ve been in this year where they were better than us pretty much from start to finish. I thought defensively we did some good things early on in the first half. Offensively, when you start off the first drive like that, that’s tough duty. Their defense dominated us up front, and it’s pretty hard to get a running game going. It’s hard to pass the football when it’s that much pressure and, again, the takeaways. Normally those games aren’t that close when you play like that. Our fans deserve a lot more than that. We have to put a better product on the football field, and we’ll keep working towards that. Some of your questions, ‘Did you consider changes? We’re trying to do what we thought we needed to do to give us the best chance to win throughout. Take your questions.”

Things don’t get any easier for Houston next Sunday as they travel to Miami to take on the 7-3 Dolphins who are tied with the Buffalo Bills for the top position in the best division in the AFC Conference. 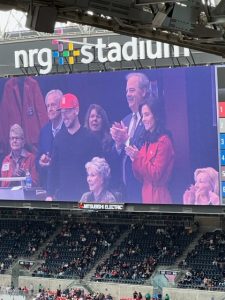