By Erin Douglas and Mitchell Ferman, The Texas Tribune

The Environmental Protection Agency denied a permit this week for an offshore oil export terminal project near Corpus Christi because it would have allowed massive amounts of pollution — reversing course after the agency under the Trump administration had moved the project forward.

It’s a setback for the Bluewater Texas Terminal, which is competing to establish the first large oil export facility off the coast of Texas.

The terminal, which would export up to approximately 384 million barrels of crude oil per year on large tanker ships, would be the biggest oil export facility off the Texas coast and would rival the country’s largest offshore oil export terminal, off the Louisiana coast. The Bluewater project is a partnership between energy companies Phillips 66 and Trafigura.

A Bluewater spokesperson told The Texas Tribune “we are reviewing EPA’s comments.”

Oil produced in Texas would flow 21 nautical miles through an underwater pipeline from Corpus Christi to the terminal. Floating hoses connected to the offshore platform would take the oil from the pipelines and transfer it to tankers.

Because the export facility would be in the ocean away from the coast, there is more space for larger ships, said Victor Flatt, co-director of the Environment, Energy, and Natural Resources Center at the University of Houston.

“That way it can handle super large tankers without making sure you have to get the ports widened and dug out and dredged,” Flatt said. “More and bigger ships can come in.”

The emissions would have come primarily from gasses escaping into the atmosphere from the large floating hoses that connect to the ships. Now the EPA said it wants the company to revise its permit to include better pollution controls — which could include flaring the gasses rather than allowing them to vent — or withdraw the application.

The EPA under the Trump administration decided that Bluewater’s terminal was exempt from rules that require pollution controls on marine tank vessel loading operations. Environmental groups, including the Environmental Integrity Project, argued in public comment that the exemption was unreasonable and would allow Bluewater to potentially emit an enormous amount of air pollution — more than the total amount of reported emissions for all the sources of volatile organic compounds in Harris County.

In 2018, for example, 273 facilities in Harris County that emit volatile organic compounds reported a total of about 16,600 tons of VOC pollution. The Bluewater terminal would have been allowed to emit up to almost 19,000 tons of VOCs under the original proposal.

VOCs are carbon compounds that play a role in the formation of ozone and fine particulates in the atmosphere. They may also cause short- and long-term health effects, such as headaches and liver damage when inhaled indoors, according to the EPA.

“It was just a strange decision by the Trump EPA to try and skirt [federal rules] for this project,” said Gabriel Clark-Leach, an attorney for the Environmental Integrity Project. “It’s a marine loading facility, and so it should be subject to the marine loading rule.”

The permit would have allowed Bluewater’s terminal to emit up to 66 tons per year of benzene — a carcinogenic pollutant. That’s more than any other facility in the U.S. reported in 2019, according to EPA data. The Galveston Bay oil refinery reported emitting 49 tons of benzene in 2019, making it the largest single source of benzene emissions in the country, according to the EIP’s analysis.

The exemption also could have given a big economic advantage to Bluewater over competitors trying to build similar projects, Clark-Leach said. A different offshore oil port project off the coast of Freeport, near Galveston, has made advances, but the pipeline connecting to that facility would disturb the Surfside Beach community.

Clark-Leach, who submitted comments to the EPA arguing for pollution controls on the project, said he was pleased and relieved by the EPA’s reversal.

“It’s strange to be excited about EPA getting the answer right when the question was so obvious,” Clark-Leach said. “The bar has been kind of low in recent years.”

The nation’s largest offshore oil export facility is about 20 miles off the southern coast of Louisiana and is the only U.S. port capable of fully loading the largest supertanker ships, according to the company.

Before being retrofitted for exports, the Louisiana terminal was primarily used to offload oil imports. But after the U.S. in 2015 lifted a decadeslong ban on oil exports, the facility eventually modified its infrastructure to include an exporting operation.

Disclosure: The University of Houston has been a financial supporter of The Texas Tribune, a nonprofit, nonpartisan news organization that is funded in part by donations from members, foundations and corporate sponsors. Financial supporters play no role in the Tribune’s journalism. Find a complete list of them here.

The full program is now LIVE for the 2022 Texas Tribune Festival, happening Sept. 22-24 in Austin. Explore the schedule of 100+ mind-expanding conversations coming to TribFest, including the inside track on the 2022 elections and the 2023 legislative session, the state of public and higher ed at this stage in the pandemic, why Texas suburbs are booming, why broadband access matters, the legacy of slavery, what really happened in Uvalde and so much more. See the program.

This article originally appeared in The Texas Tribune at https://www.texastribune.org/2022/09/02/texas-oil-epa-export-terminal-corpus-christi/. 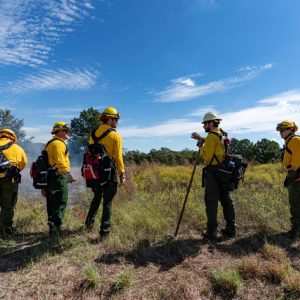 A Mexican farmworker crossed the border dreaming of building his family a home. Days later, he was fatally shot in West Texas.