In February 1945, Boyd was assigned to 350th Bombardment Squadron, 100th Bombardment Group (Heavy), 8th Air Force in the European Theater. On Feb. 3, the B-17G Flying Fortress bomber on which he was serving as a gunner was part of a large mission to bomb the Tempelhof marshalling yard in Berlin. Boyd’s bomber was one of 21 B-17s lost during the mission. Witnesses from other aircraft said the bomber had been struck by a ground rocket immediately after dropping its bombs. The pilot tried to save the plane, but he was unsuccessful, and it crashed in a residential area of Berlin. Seven of the nine crew members were killed. The other two were captured and became prisoners of war. German records do not list Boyd among bodies recovered from the wreckage. One of the surviving crew members confirmed Boyd had been killed in the crash, and the War Department issued a report of death on Jan. 12, 1946.

Following the end of the war, the American Graves Registration Command (AGRC) was tasked with investigating and recovering missing American personnel in Europe. They recovered 115 sets of remains from Döberitz cemetery in Berlin near the end of 1946. Between then and 1956, six of the seven missing crew members were identified. It was believed that Boyd was associated with a set of remains designated Unknown X-4804 Neuville, but this could not be conclusively proven, and X-4804 was buried at Ardennes American Cemetery, an American Battle Monuments Commission cemetery in Belgium, in 1957.

DPAA historians are conducting ongoing, comprehensive research focused on air losses over Germany. As a result, they determined X-4804 to be a strong candidate for association with Boyd. The remains were disinterred in June 2018 and sent to the DPAA laboratory at Offutt Air Force Base, Nebraska, for examination and identification. 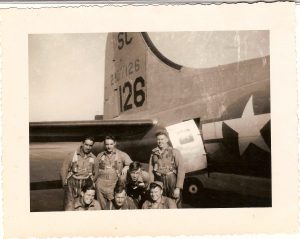 Boyd’s name is recorded on the Walls of the Missing at Margraten American Cemetery, an American Battle Monuments Commission site in the Netherlands, along with the others still missing from World War II. A rosette will be placed next to his name to indicate he has been accounted for. 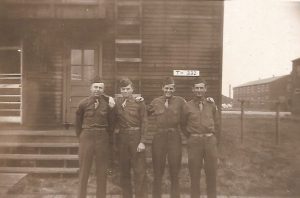 For additional information on the Defense Department’s mission to account for Americans who went missing while serving our country, visit the DPAA website at www.dpaa.mil, find us on social media at www.facebook.com/dodpaa or https://www.linkedin.com/company/defense-pow-mia-accounting-agency. 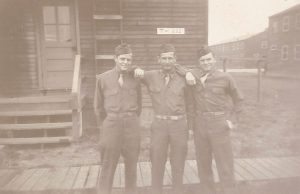 Boyd’s personnel profile can be viewed at https://dpaa-mil.sites.crmforce.mil/dpaaProfile?id=a0Jt000001EuUQgEAN.