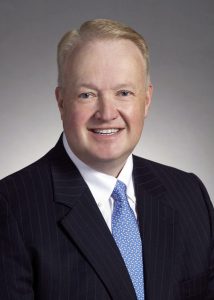 Holding bachelor’s and master’s degrees from SFA and a doctorate in education from Texas A&M University-Commerce, Moses has been an educator for over 40 years.

He served as the general superintendent of the Dallas Independent School District from 2001 through 2004 and as the Texas Tech University System’s deputy chancellor for systems operations between 1999 and 2001.

From 1995 to 1999, Moses was the Texas commissioner of education. Prior to that, he was the superintendent of three Texas school districts – Lubbock, La Marque and Tatum.

Moses is a special advisor and consultant to corporations and entities interfacing with elementary, secondary and higher education. He also serves as the senior educational advisor to the Center for Reform of School Systems. His unusual blend of business and education experience gives him a unique perspective regarding matters of public policy. Moses has served on the boards of three publicly traded companies.

He and his wife, Debi — an SFA alumna and former teacher — have two sons.

SFA’s August commencement ceremony will be held at 1 p.m. Aug. 6 in Johnson Coliseum. Doors will open an hour before the ceremony. Each graduation candidate will be allotted 15 free guest tickets, which are needed for entry into the event.

Greg Abbott and Dan Patrick diverge ahead of the legislative session on property taxes, power grid