By Jaden Edison, The Texas Tribune

“As many Texas colleges have seen declines in enrollment, Odessa education leaders say collaboration has helped them buck trend” was first published by The Texas Tribune, a nonprofit, nonpartisan media organization that informs Texans — and engages with them — about public policy, politics, government and statewide issues.

While schools across the country have faced declines in enrollment during the pandemic, a challenge often referred to as the “Great Student Resignation,” three campus leaders in Odessa on Thursday said their outlying success with retention is largely due to collaboration and meeting students where they are.

During an interview with Texas Tribune CEO Evan Smith at Odessa College, Gregory Williams, president of the college; Scott Muri, superintendent of the Ector County Independent School District; and Sandra Woodley, president of the University of Texas Permian Basin, talked about their gains in enrollment, the current “college going” culture in the state and areas that the 2023 Texas Legislature should focus on.

Woodley said it has been key for UT Permian Basin representatives to meet community college and high school students and create bonds early with prospective students of the university.

During the pandemic, Texas’ community college enrollment dropped below enrollment in the state’s four-year universities for the first time since the 1990s.

College enrollment is down about 4% statewide since 2019, largely attributed to the 11% drop in community college enrollment — equal to a loss of around 80,000 students. Enrollment at public universities increased by about 2% during the same time period.

Williams said Odessa College has been able to increase its enrollment by about 18% — working in unison with the other two school leaders sitting next to him — during the COVID-19 pandemic, a success he said also had to do with the culture at the school after previous years’ budget cuts by the Legislature.

He said Odessa College didn’t close its doors to staff early in the pandemic. For the people who couldn’t work in person, he said, the administration pivoted them to a “support environment” where they received whatever assistance needed. The school has also adapted to the various needs of students, he said, offering flexibility with eight-week courses and virtual learning opportunities.

“Our team understands that we’re different,” Williams said. “So we approach the work differently from others. Not everyone gets that; not everyone wants to do it the Odessa College way. … We’ve been very effective. We love the work, and we’re going to continue to pursue it in this way. And we help others by sharing what we do.”

The three said they examine the workforce gaps in the community and discuss how they can offer student services in a way that will eventually boost the local economy. They also said the philanthropic community in the Permian Basin has rallied behind their educational efforts, making their jobs easier.

The three leaders work collaboratively to make sure their institutions are best serving students, the group said, in a way that they haven’t seen before in other areas. Muri said when he took on the job in 2019, he saw the college-going culture on the rise.

“I would really attribute some of that to the colleagues that are on either side of me today,” Muri said. “That in which we work as a school system very collaboratively, the relationship that we have. … We have to create that culture within our elementary and middle schools and high schools that, again, feed these two institutions. And it’s also, partnering with both of these individuals, we have programs in place today that allow our students to become a part of them while they are with us.

“So you’re a high school student, and you can leverage opportunities at Odessa College or UTPB, to experience dual credit, dual enrollment opportunities,” Muri said, “that plant some seeds in the minds of our students. It certainly helps them think more broadly about opportunities.”

With the next legislative session set to begin in January, the group also offered suggestions for state officials. Funding is a top priority, they said, to help students from various backgrounds start their educational journeys on an equal footing after the brunt of the pandemic worsened achievement gaps.

“I think that will be helpful to help those who need to recover because there are some who may not have done as well previous to coming to college or who have lost some of that skill set over time and are returning to college and being in the world of work,” Williams said. “If we could help them to get a really good jumpstart. And if we had the resources to do that. Well, I think that would be very helpful.”

The conversation is available to view on demand at texastribune.org/events.

Tribune events are also supported through contributions from our founding investors and members. Though donors and corporate sponsors underwrite Texas Tribune events, they play no role in determining the content, panelists or line of questioning.

Join us Sept. 22-24 in person in downtown Austin for The Texas Tribune Festival and experience 100+ conversation events featuring big names you know and others you should from the worlds of politics, public policy, the media and tech — all curated by The Texas Tribune’s award-winning journalists. Buy tickets.

This article originally appeared in The Texas Tribune at https://www.texastribune.org/2022/06/14/texas-education-great-student-resignation/. 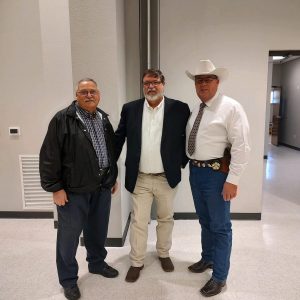