AUSTIN – Governor Greg Abbott, the Texas Department of Public Safety (DPS), and the Texas National Guard are continuing to work together to secure the border, stop the smuggling of drugs, weapons, and people into Texas, and prevent, detect, and interdict transnational criminal behavior between ports of entry.

Since the launch of Operation Lone Star, the multi-agency effort has led to more than 263,900 migrant apprehensions and more than 16,240 criminal arrests, with more than 13,500 felony charges reported. More than 5,400 weapons and over $41.5 million in currency have been seized.

Operation Lone Star continues to fill the dangerous gaps left by the Biden Administration’s refusal to secure the border. Every individual who is apprehended or arrested and every ounce of drugs seized would have otherwise made their way into communities across Texas and the nation due to President Biden’s open border policies.

“When Mexico last week granted federal humanitarian travel permits to 15,000 U.S.-bound third-country migrants who’d formed the largest caravan in Mexican history, most planned to head straight to the border to cross illegally into the Texas towns of Del Rio and Eagle Pass,” writes Todd Bensman with the Center for Immigration Studies. “Few, if any, of those thousands are finding their way over the Rio Grande into the Border Patrol’s Del Rio Sector. Mexican state police are blocking northbound commercial buses at the bus station in the Coahuila state capital of Saltillo, and at many other stations, and emptying migrants from trucks and vans at checkpoints on all roads leading into that state’s border cities of Piedras Negras, across from Eagle Pass, and Acuna, across from Del Rio, according to Mexican press reporting.”

The Mexican state police response comes after Governor Abbott reminded Coahuila Governor Miguel Angel Solis of his security obligations under the memorandum of understanding the governors signed in April. 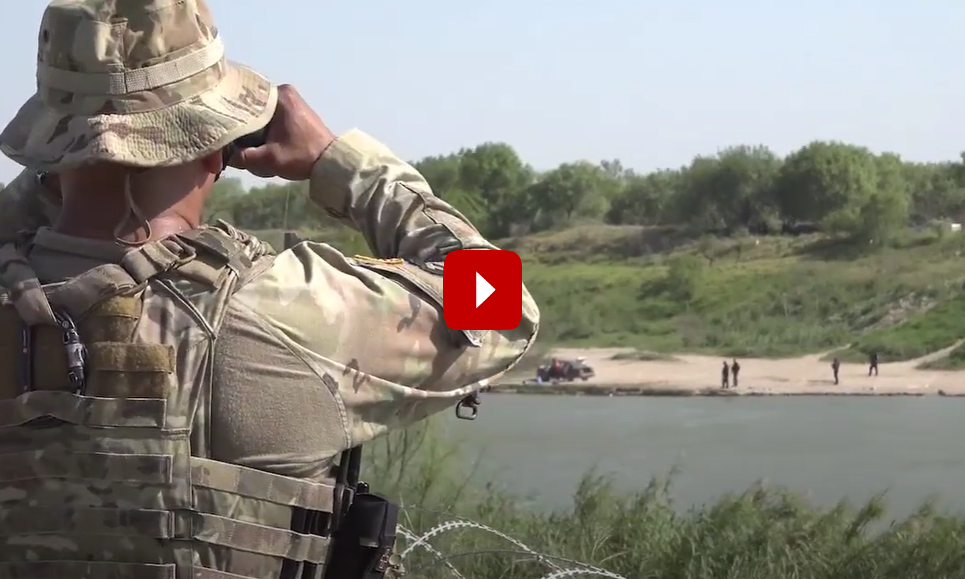 Last Saturday, a command-and-control post was established by the Texas National Guard at the Anzalduas International Bridge in preparation for a mass-migration response. The post will allow effective coordination of partner agencies on the ground by directing joint and multi-agency operations during a mass-migration event.

“So long as there is a threat that exists here, our job is to remain proficient, competent, capable, and ready to respond, day or night,” said MAJ Jason Cordaway, Task Force East Commanding Officer. 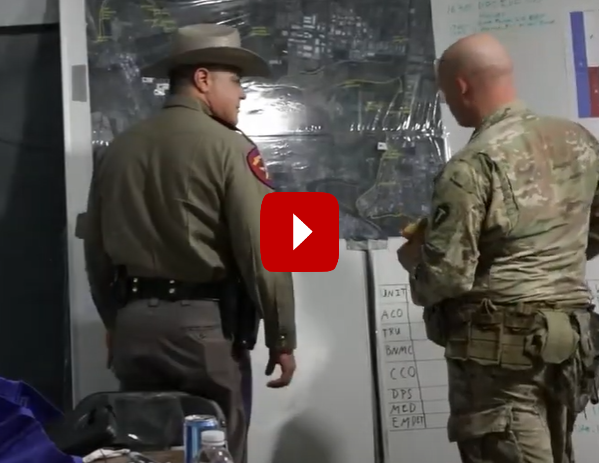 DPS Lieutenant Christopher Olivarez gives a border tour to Fox News’ Rachel Campos-Duffy to shed light on the ongoing crisis along the Texas-Mexico border. Campos-Duffy and Lt. Olivarez view groups of migrants along the Rio Grande in a helicopter tour, followed by interviews with interdicted migrants.

Texas Army National Guard soldiers assisted law enforcement in seizing transnationally trafficked narcotics. The guardsmen detected a group of men illegally crossing the Texas-Mexico border and interdicted the group, who dropped the packages of narcotics and fled the scene. The narcotics were seized by law enforcement as the men returned to the Mexico side of the border. 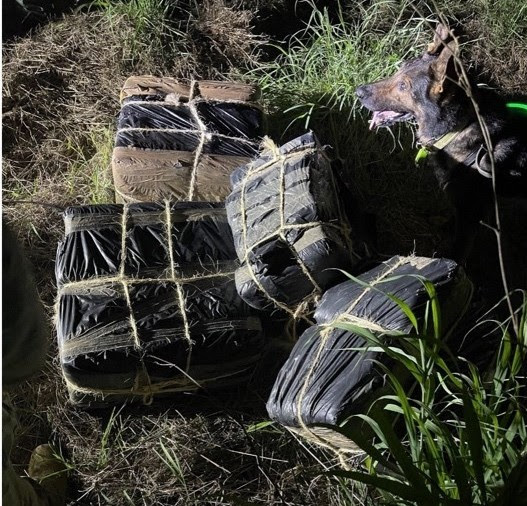 DPS engaged in a high-speed pursuit of a smuggler through several counties. The smuggler eventually came to a stop and was charged with the smuggling of persons and evading arrest. 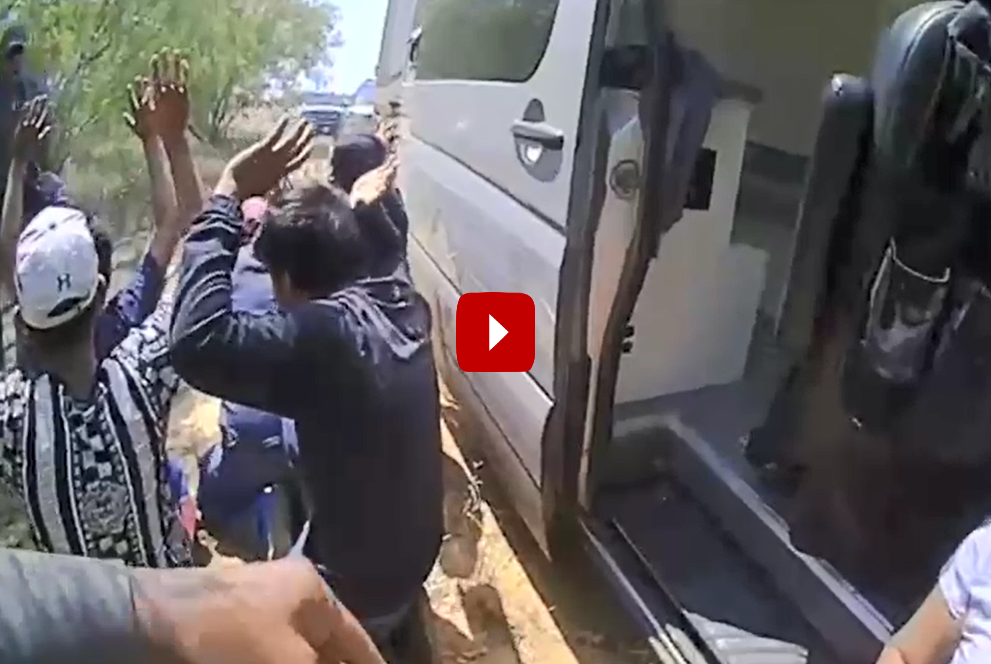 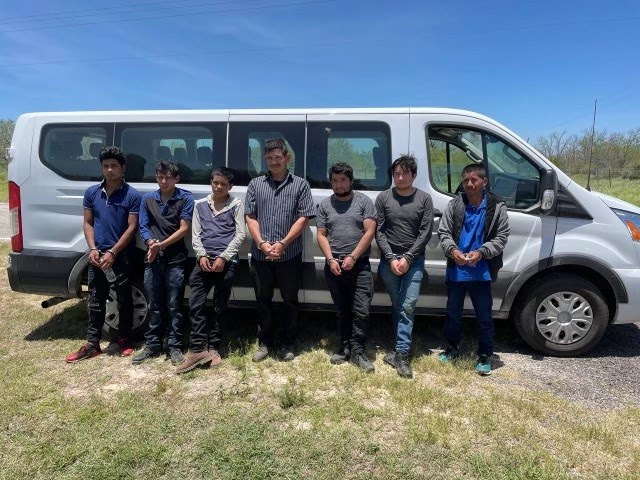 A traffic stop by DPS troopers on a passenger car resulted in the arrest of the driver for the smuggling of persons. All of the illegal migrants were referred to the U.S. Border Patrol. 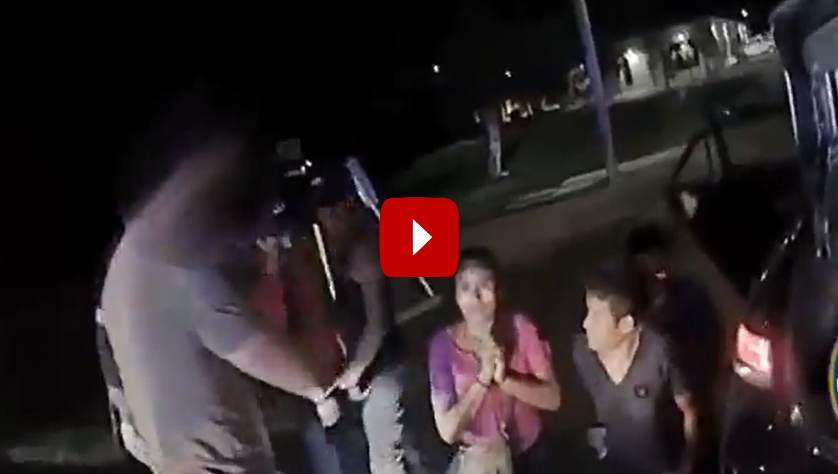