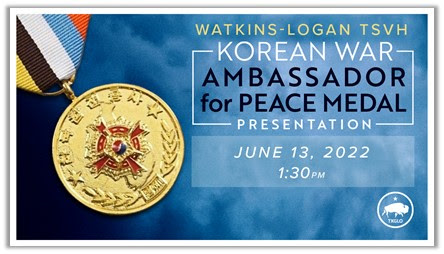 The following Veterans will be recognized and presented their medals at the ceremony:

* Jolley will be awarded posthumously

More than 289,000 Texans served their country in the military during the Korean War, of which 1,723 were killed or went missing in action. The Ambassador for Peace Medal represents the Korean government’s appreciation for the United States servicemen and servicewomen who served in the conflict. Eligible Veterans must have served during the Korean War from June 25, 1950, to July 27, 1953. This award is also available to Veterans who participated in United Nations peacekeeping operations until the end of 1955.