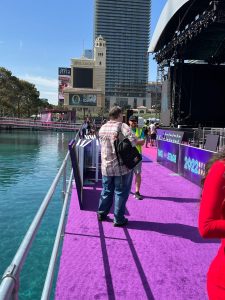 The 2022 NFL Draft in Las Vegas concluded Saturday evening with the 7th Round being completed.  All teams in the league picked the players they thought would best fit into their systems, and some did better than others.  We will focus on the Dallas Cowboys and Houston Texans since they both reside in Texas.

The Cowboys honestly didn’t fare as well as the Texans did, but they did get a couple of good picks.  Personally, I would give Dallas a “C” overall, and the Texans a “B+” overall.

As for Dallas, in the 1st Round with pick #24 overall, they selected Tyler Smith, an offensive lineman from Tulsa.  While a lineman was definitely needed with the aging line they currently have, fans and pundits alike felt there were better linemen available.  Smith reportedly has technical issues that will need correcting.

In the 2nd Round the ‘Boys selected Edge Rusher Sam Williams from Ole Miss.  This was without a doubt the BEST decision Dallas made in the entire draft.  He was rated as the nation’s #3 junior college weak-side defensive end and could play a big role in 2022.

In the 3rd Round they chose Jalen Tolbert, a Wide Receiver out of South Alabama.  Tolbert was without a doubt the WORST pick Dallas made.  He was rated as the nation’s #415 wide receiver and was really a stretch.

In Round 4, they selected Jake Ferguson, a Tight End from Wisconsin.  He was a good pick and was rated the nation’s #13 tight end. 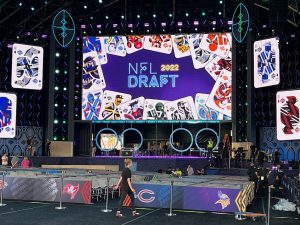 Dallas had four selections in Round 5.  They first picked Matt Waletzko, an offensive tackle from North Dakota.  Not much is known about him at all, and the choice left fans scratching their heads trying to make sense of the decision.

With the second pick in Round 5 the Cowboys went with DeRon Bland, a Cornerback from Fresno State.  He is from Modesto, CA and transferred last year from Sacramento State.  Not a lot is known about him, but he wasn’t a bad pick and could end up being a bargain.

With their 3rd pick in the round they selected Damone Clark, a Linebacker from LSU.  He was rated as the nation’s #20 inside linebacker and could be a good choice, but he had spinal fusion surgery in March, so there are questions about his availability in 2022.

Just two spots later Dallas picked John Ridgeway, a Defensive Tackle from Arkansas.  This was another pick that really made no sense.  He was rated as the #202 offensive tackle in the nation.

In the 6th Round the selection was Devin Harper, a Linebacker from Oklahoma State.  His biggest upside was that last season he had 95 tackles, 6 sacks, 1 forced fumble, 2 fumble recovery and 1 pass defended.

The Texans fared quite a bit better than their rivals to the north, beginning with the 3rd pick in the first round where they selected Derek Stingley, JR, a Cornerback from LSU.  He was ranked as the #1 cornerback and #3 prospect overall in this year’s draft, so Houston hit a grand slam with him.

In the 2nd Round, Jalen Pitre, a Safety from Baylor was the choice.  This may have been the worse pick by the team.  He is considered the nation’s #76 safety, but he did have his best season in 2021.

Houston picked again just 7 slots later and they selected John Metchie, III, a Wide Receiver from Alabama.  He was rated as the nation’s #40 wide receiver and he had his best season in 2021.

In the Round 3 they chose Christian Harris a Linebacker from Alabama.  He is rated as the #6 inside linebacker in the nation and was a very good pick.

In Round 4 the Texans chose Dameon Pierce, a Running Back from Florida.  He was the nation’s #8 running back and another good choice.

In the 5th round they chose Thomas Booker a Defensive Tackle from Stanford.  He was rated as the #11 strong-side defensive end overall and was another good pick.

Just 20 slots later in the 5th round they chose Teagan Quitoriano, a Tight End from Oregon State.  He was the nation’s #78 athlete and maybe a questionable pick, but if he proves out, things could turn out well for the team.

In Round 6 Houston chose Austin Deculus, an Offensive Tackle from LSU.  He was the nation’s #10 offensive tackle and was an excellent pick.

While both teams did address urgent needs, whether or not they chose the right players will not be known until training camp and maybe not even until the beginning of the 2022 season.

Regardless of how things shake out, you can pretty much be guaranteed the Texans will field a much-improved team under new Head Coach and Big Sandy native Lovie Smith.  Fans can’t wait until the season begins to watch Lovie in action again as a head coach.  It should be a fun season!

The Cowboys will be hard-pressed to match what they did last year after losing several key players.  They have not made any major improvements in free agency and are in trouble with the salary cap, so it could be another long season for Dallas.  Time will tell, but Cowboys fans are tired of  the “wait till next year” mentality.