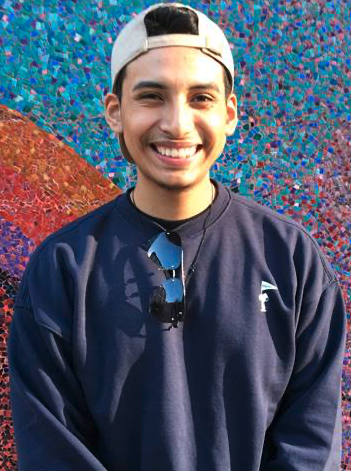 Sophomore Israel Perez has set a new first for NTCC recently, publishing in the Texas Handbook, an online resource, and the most utilized source for Texas history ever created. The articles in the Handbook must go through a professional review process, and are usually crafted by professional historians. In some cases, amateur historians and graduate students also contribute.

Perez also filled a gap in the survey of regional history to which the Handbook aspires. The compendium had articles on Michael Dell, Len Lay, Mary Kay, Ross Perot, and the oil tycoons, but no article on the Northeast Texas chicken magnate, Bo Pilgrim.

As the NTCC film scholar of the 2020 honors production on Bo Pilgrim, and the author of an essay on Bo Pilgrim that was featured at the National Collegiate Honors Council, Perez was in a good position to fill the gap.  Thanks also to local interviews, and other books provided by friends of NTCC, Perez had plenty to work with.

Perez has written that he found the story of Pilgrim “amazing, because by 2006 the local CEO was not only the leading chicken producer in the world, but a functioning Christian evangelist. Pilgrim furnished an excellent case of Max Weber’s Protestant Work Ethic.”

Honors Director, Dr. Andrew Yox notes that “Perez has done wonderful work in realizing the vision of the support we have had from the Mowery and Russell families, to encourage high-level student attainments, and contribute to the cultural life of our community.”

NTCC’s Bo Pilgrim film won a Webb Chapter Award.  Perez also appeared in the recent premiere of the Carroll Shelby film at the Whatley Center for the Performing Arts, playing the role of Lee Iacocca, former President of Ford and Chrysler.

Under the direction of University of Texas historian, Walter P. Webb, the original two-volume Texas Handbook was completed in 1952.  Today, the online compendium is a global resource for Texas attracting millions of unique users each year.

Perez is the son of Samuel and Madai of Mount Pleasant.