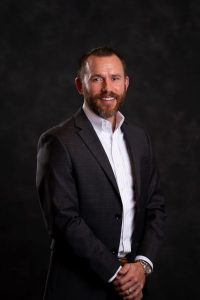 COLLEGE STATION, Texas – Wes Moorehead, former Assistant Director, has been promoted to Associate Director of Forest Resource Protection and Fire Chief at Texas A&M Forest Service. The forest resource protection division of the agency provides statewide leadership in the protection of the people, property and natural resources of Texas from wildfire and other disasters.

“I am privileged to provide leadership and counsel to the 280 employees in the division,” said Moorehead. “The many departments in the division have varied functions, but I feel it is my job to ensure everyone is effectively fulfilling the agency’s mission to protect the communities and natural resources of Texas.”

Before moving to College Station in 2020 and being promoted to Assistant Director of the Forest Resource Protection Division, Moorehead served as Department Head of East Texas Operations since 2012 where he was responsible for overseeing the agency’s forestry and firefighting efforts on 12 million acres of forested lands.

Moorehead started his career with Texas A&M Forest Service as a Forest Inventory and Analysis Forester in Kirbyville before transitioning to a District Forester position. He then served as one of three Regional Foresters for the agency based in the Nacogdoches office.

Moorehead earned his Bachelor of Science degree in Forest Management from Stephen F. Austin University in Nacogdoches. He is also a graduate of the Harvard Kennedy School Senior Executives in State and Local Government Program.

In 2020, Moorehead was the recipient of a Texas A&M University System Regents Fellow Service Award for 2019 – 2020. He was also the recipient of the Outstanding Leadership in the Field of Forestry Award from the Society of American Foresters and has previously been appointed to the Board of Directors for the Texas Forestry Association.

“Wes Moorehead has the leadership, experience and vision to lead the forest resource protection division,” said Al Davis, interim agency director of Texas A&M Forest Service. “Over the last six months, I’ve gotten to know him both professionally and personally. He values and advocates for those he is privileged to lead and is committed to enhancing and expanding both internal and external operational and strategic relationships. I am looking forward to his continued visionary leadership of the division under a new title.”

Moorehead has set a course for the division with several goals that will contribute to moving the agency forward as a premier response and natural resource organization in the nation. He sees the potential in the division and its personnel and has high hopes for the agency to be better than it ever has been.

“One of my priorities is to foster relationships with our partner agencies and cooperators across the state with the ultimate goal of protecting communities from wildfire,” said Moorehead. “In a changing landscape with a growing population and more fire-related challenges, the importance of preparing communities and coordinating efforts is becoming increasingly important.”

As the newly appointed Associate Director and Fire Chief, Moorehead is emphasizing preparedness to his staff as wildfire activity is expected to increase this year. In 2022, Texas A&M Forest Service fire resources have responded to 309 wildfires that burned 27,724 acres.

Rainfall from last year resulted in above normal grass production, which is expected to serve as the catalyst to increased wildfire activity during the 2022 fire season. Warm, dry and windy conditions combined with the underlying drought and dry vegetation will support wildfire activity across the state.

Working with communities to educate, build capacity and ensure preparedness for wildfires or other disasters is a priority for the agency and division personnel.

“Texas A&M Forest Service is actively working to ensure the preparedness of communities so that they are able to effectively address the challenges associated with wildfires and other disasters,” said Moorehead. “Continuing this work is imperative and I am excited for the challenge.”