Coach Alan Metzel finalized the Gilmer Buckeyes 2022 football last Thursday, and for the first time in memory the team will only play 9 regular season games.  They will be open in both Week 5 and 6.

Those games will be followed by open dates on September 23rd and September 30th before the all-important district games begin on October 7th when Gilmer travels to Texarkana to take on Pleasant Grove in what should be the game to determine the District 7-4A DII Champion.

On October 14th Liberty-Eylau comes to Gilmer.  On October 21st the Buckeyes travel to Paris to take on North Lamar.  They will return home on October 28th to take on Spring Hill on Senior Night and close out the regular season on November 4th at Pittsburg.  All games will kick off at 7:30 PM.

We asked Coach Metzel his thoughts on the UIL realignment which was announced on February 10th.

“Our district stayed the same like we were anticipating. Each of the teams in our district should be improved with the players they have returning. Our pre-district schedule will be quite of run of talented teams with each of them coming from 4A Division 1 as well as being playoff caliber talent. We’ll find out who we are quickly.”

As all Gilmer fans know by now, Carthage has moved from Region 3 to Region 2 with the new alignment, so if the two teams play each other in the playoffs the next two years that game would come in the third or fourth round.

For those wondering why we aren’t playing Carthage this year, they moved into a new district and will have 6 district games so the scheduling just didn’t work out.

The Buckeyes will field another very talented team as they always do and expectations will be as high as usual.  Unfortunately, we have to wait another six months before the gridiron action begins! 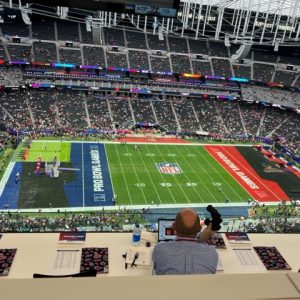