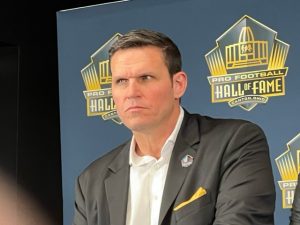 Thursday night, February 10th was a big night for the Class of 2022 inductees into the Hall of Fame in Canton, Ohio.  The group of 8, 3 of whom were deceased or couldn’t be in attendance was announced near the conclusion of the annual NFL Honors event in Los Angeles. Five inductees did make it to the Honors Show and met with the media following the announcement of their upcoming enshrinement.  They included Tony Boselli who played offensive tackle for the Jacksonville Jaguars from 1995-2001, LeRoy Butler who played safety for the Green Bay Packers from 1990-2001, Richard Seymour who played defensive lineman for the New England Patriots from 2001-2008 and the Raiders from 2009-2012, Coach Dick Vermeil who coached the Philadelphia Eagles from 1976-1982, the St. Louis Rams from 1997-1999 and the Kansas City Chiefs from 2001-2005, and Bryant Young who played defensive tackle for the San Francisco 49ers from 1994-2007.

Not in attendance was Art McNally who was considered by many as the man who began modern officiating.  Making the cut was especially big because he is the first former official to be named to the prestigious Hall.  He was Director of

Sam Mills, a linebacker with the New Orleans Saints from 1986-1994 and the Carolina Panthers from 1995-1997 was elected to the hall posthumously in his final year of eligibility. 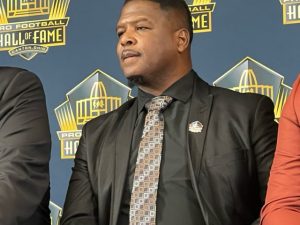 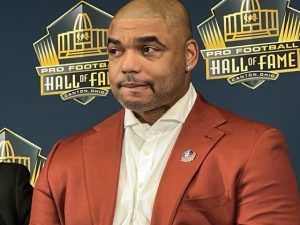 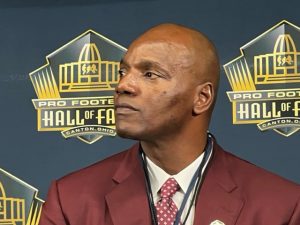 Congratulations to all the inductees!