By Rebekah Allen, The Texas Tribune

“Ted Cruz says Joe Biden could be impeached if Republicans take U.S. House” was first published by The Texas Tribune, a nonprofit, nonpartisan media organization that informs Texans — and engages with them — about public policy, politics, government and statewide issues.

U.S. Sen. Ted Cruz predicted Republicans will impeach President Joe Biden as political payback if they win back the U.S. House this year in the midterm elections.

“Yeah, I do think there’s a chance of that, whether it’s justified or not,” he said on the latest episode of his podcast “Verdict with Ted Cruz.”

“​​Democrats weaponized impeachment,” he said, referring to House Democrats twice voting to impeach former President Donald Trump. “They used it for partisan purposes to go after Trump because they disagreed with him. And one of the real disadvantages of doing that … is the more you weaponize it and turn it into a partisan cudgel, you know, what’s good for the goose is good for the gander.”

Trump is the only president to have been impeached twice, but the Senate lacked the votes needed to convict him in both cases. In 2019, the House impeached Trump over his phone call with the leader of Ukraine, Volodymyr Zelensky. A record of the call released by the White House detailed how Trump implored Zelensky to investigate Biden, who beat Trump in 2020, and his son, Hunter Biden.

Last year, the House impeached Trump during his final days in office, charging him with incitement of insurrection for the Jan. 6, 2021, attack on the U.S. Capitol.

On Tuesday, Cruz said that impeachment shouldn’t be used as a political tool.

“That’s not how impeachment is meant to work,” he said.

But the junior Texas senator also said there were “multiple grounds to consider for impeachment” against Biden.

“Probably the most compelling is the utter lawlessness of President Biden’s refusal to enforce the border. His decision to just defy federal immigration laws and allow 2 million people to come here unimpeded in direct contravention of his obligation under Article 2 of the Constitution to take care that the laws be faithfully executed,” he said. “That is probably the strongest grounds right now for impeachment, but there may be others.”

Cruz did not immediately respond to a request for comment.

Texas Republicans have blamed Biden’s less stringent immigration stance for a sharp increase in migrants coming to the border seeking entry into the U.S.

This article originally appeared in The Texas Tribune at https://www.texastribune.org/2022/01/04/ted-cruz-joe-biden-impeachment/.

New Year, New Plan for your Finances in 2022 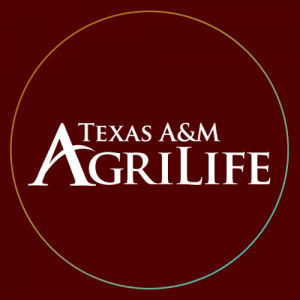 Winters get warmer with climate change. So what explains Texas’ cold snap in February?