TwitterEmail
| logout
By ELWYN HENDERSON
The 2-8 Houston Texans entertained the 2-8 New York Jets at NRG Stadium in Houston Sunday afternoon before a small crowd of fans. Houston came into the game on a high after having knocked off AFC South Division rival Tennessee in Nashville a week earlier. Coach David Culley was hoping to build on that victory and start a winning streak at the beginning of a lengthy home stand but it didn’t happen as the Jets moved to 3-8 on the year with a 21-14 victory and Houston dropped to 2-9. The Texans have two more home games the next two Sundays. They will host the Indianapolis Colts next Sunday and follow that game by hosting the Seattle Seahawks on December 12th.

New York won the coin toss and elected to defer to the second half. Matt Ammendola kicked the ball away to begin the game and following a return to the 21 Tyrod Taylor brought the Houston offense on the field.

Taylor led the offense methodically down the field and the roof caved in. John Franklin-Myers tipped and then intercepted a Taylor pass at the New York 31 and returned the pick 32 yards down to the Houston 37.

Quarterback Zack Wilson brought his offensive unit out and the Jets began their first drive in excellent field position. He moved the team down to the 4 and on a key 3rd down play Jacob Martin sacked Wilson back at the 11 and Ammendola came in for a 31-yard field goal attempt. The kick was good and the Jets took an early 3-0 lead with 5:34 left in the opening frame. The drive was 7 plays, 24 yards and took 3:26.

Houston began their second drive at their 25 after the kickoff went out of the end zone. The offense could get nothing going and it was a quick three-and-out for the Texans.

The Jets began their next drive at their 25 and Tavierre Thomas intercepted Wilson at the New York 24 and Houston was in excellent field position. Thanks to a couple ofpenalties against the Jets the offense moved the ball toward the end zone. The drive ended when Taylor hit Brevin Jordan on a 9-yard TD pass with 14:18 left in first half. Ka’imi Fairbairn nailed the PAT and Houston led 7-3. The drive was 5 plays, 24 yards and took 2:47.

began another drive. On a third down play Taylor hit Brandin Cooks for a 40-yard TD pass with 10:29 left in the first half. Fairbairn added the extra point and Houston led 14-3. The drive was 6 plays, 67 yards and took 2:47.

There was no more scoring until the Jets found the end zone with 1:13 left in the first half. Austin Walker ran in from the 2. New York went for a 2-point conversion after the TD and backup quarterback Josh Johnson took the snap and ran into the end zone for the 2 points, bringing the score to 14-11 in favor of Houston. The drive was a 10-play, 70-yard affair that took 5:19 off the clock.

There was no more scoring in the quarter and the teams went to the locker room with the Texans leading 14-11.

The Jets received the second half kickoff and began at their 25 after a touchback. Wilson drove his unit down the field until the defense forced a 34-yard field goal. The kick was good but Ross Blacklock was penalized 8 yards for leverage on the kick, giving the visitors new life with a 1st and goal at the 8. New York took advantage of the opportunity and Wilson ran into the end zone from the 4 with 7:51 left in the third quarter and the Jets took the lead for the first time in the game. Ammendola added the extra point and Houston found themselves on the short end of an 18-14 game. The drive was 11 plays, 75 yards and took 7:09 off the clock.

There was no more scoring in the third quarter. At the conclusion of a drive early in the fourth quarter Ammendola attempted a 42-yard field goal but the kick was wide left, leaving the 6

Houston had a chance to add points with under 10 minutes left, but Fairbairn missed a 55-yard field goal wide to the left, keeping the score 18-14 in favor of the visitors.

The Jets got the ball back at their 45 after the missed kick and burned time off the clock as the marched down the field toward the Houston goal line. The Texans defense shut the drive down at the Houston 19 and forced a 37-yard Ammendola field goal. The kick was good with 3:34 left in the game and the Jets increased their lead to 21-14. The drive was 13 plays, 36 yards and took 6:20 off the fourth quarter clock. The Texans got the ball back at their 31 but a 4th and 2 pass from Taylor was incomplete and the Jets got the ball back at the Houston 39 with 2:05 left in the game. The Texans had no time outs left and couldn’t stop the clock. The Jets punted the ball away and Houston took over at their 20 with exactly 20 seconds left in the game. They managed to pick up a first down just as time expired, giving the Jets the 21-14 win.

Coach David Culley was disappointed when he faced the media after the humiliating loss.

“We just didn’t play very well consistently offensively. We had a couple of sacks there actually early but we just weren’t able to keep the ball moving. I’ll just have to look at the video to see what happened. It’s frustrati

Houston fans are hoping maybe there will be a different outcome next week, but that isn’t likely since the Colts will be pushing hard after dropping a 38-31 decision to Tampa Bay at home on Sunday. The long season for the Texans is likely to continue.ng. We didn’t play well in the second half. We had that same thing happen last week but we were able to hold on. We’ve just got to keep working on it, look at the video and evaluate everything we do and get it corrected.” 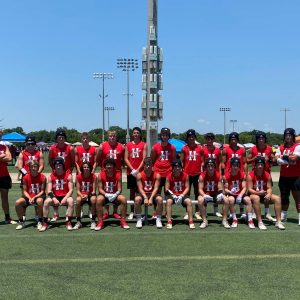