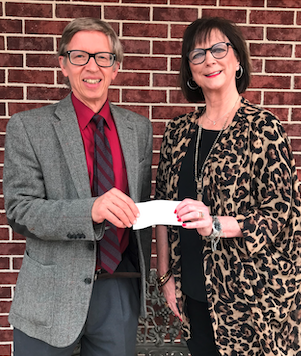 James Bradley Witt, Gary Gibson Witt, and Beverly Witt Wootten have provided a generous scholarship in the name of their parents, Dr. and Mrs. Bradley Witt.  The fund will cover registrations and costs for six student scholars of NTCC to present their research at meetings of the National Collegiate Honors Council (NCHC) in six successive years. The NCHC is the oldest and most prestigious association for two- and four-year honors programs, and colleges in the United States.  Formed in 1966, it includes 900 member-institutions in Europe and America, and publishes two refereed journals and a monograph series.

“The Dr. and Mrs. Bradley Witt Scholarship will both showcase and encourage a significant benchmark of intervarsity, student success for NTCC on the national level. Since President Charles B. Florio first enabled NCHC travel in 2008, NTCC honors students have aspired to make the cut of this prestigious conference. In a particularly popular conference in 2010, three student proposals were rejected for every one that was accepted,” Dr. Andrew Yox, Honors Director, said. “Still, even in this case, thanks to a project mentored by Dr. Hearron, we had four students qualify.  Since 2013, we have averaged five student presenters a year, and this participation has led to scores of other awards on the regional and national level.  The Witt family thus will personalize and continue to promote this higher apogee of student success at NTCC.”

Dr. Bradley Monroe Witt was a Mount Pleasant native, and captain of the Mount Pleasant High School football team who went on to Baylor, and returned to serve as a local dentist.  Nancy Gibson Witt grew up in Dallas and graduated from Southern Methodist University. She met Bradley in Dallas, raised three children, and taught World History for a time at Mount Pleasant High School. The Witts were married for over sixty years and were active members of First Baptist Church in Mt. Pleasant. 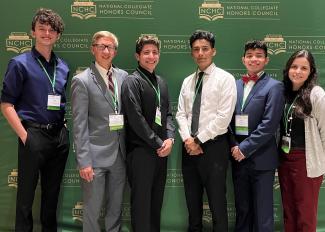 America’s housing dilemma, rent or own? Do what works for you.