AccuWeather Global Weather Center – December 29, 2021 – Frequent storms that have affected the Pacific Northwest over the past few months have ended the drought in much of western and central Washington and northwestern Oregon. In California, much of the state is still in the throes of a long-term drought, but the Golden State has been getting needed relief in December. 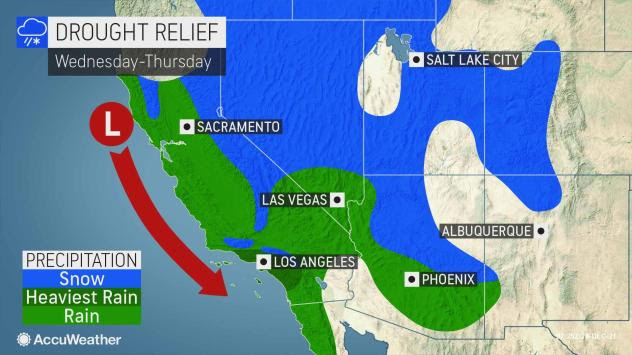 In the central Sierra Nevada, storms this month have deposited yards of snow. In the Donner Summit area of Lake Tahoe, California, more than 16 feet of snow has fallen, resulting in a new December record. The old December snowfall record of 179 inches was last set in 1970. This snowfall and more that follows during the winter will go a long way toward filling rivers and reservoirs in the region when spring arrives. 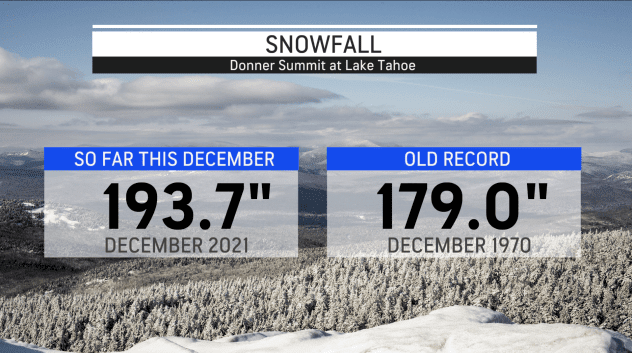 Nearly 80% of California, including Los Angeles County, is currently dealing with extreme drought conditions, according to the U.S. Drought Monitor, a figure which is down from 83% at the start of November.

The percentage of the state in exceptional drought, the most intense classification of drought, dropped from 28.27% to 23.11% from Dec. 14 to Dec. 21 and is down from about 37% in mid-November.