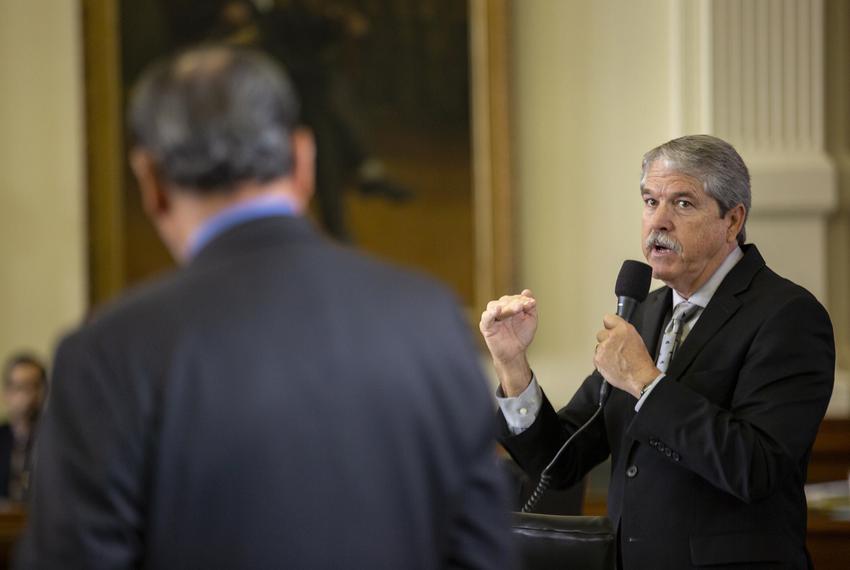 “Longtime state Sen. Larry Taylor, best known for his work on education issues, says he won’t run for reelection” was first published by The Texas Tribune, a nonprofit, nonpartisan media organization that informs Texans — and engages with them — about public policy, politics, government and statewide issues.

State Sen. Larry Taylor, R-Friendswood, who helped write the law to overhaul school funding in Texas, will not seek reelection.

Taylor chairs the Senate Education Committee and has served in the Legislature since 2003, first as a member of the House. He is also chair of the Senate Republican Caucus.

His decision comes just under two weeks before the candidate filing deadline for the 2022 primary. Within minutes of Taylor announcing his retirement, state Rep. Mayes Middleton, R-Wallisville, announced he had filed for for the Senate seat.

“This has been a very difficult decision, as having the privilege of representing my community in the legislature for nearly two decades has been the biggest honor of my life,” Taylor said in a statement. “Together, with my colleagues in the Legislature, we have dealt with multiple challenges and worked to secure Texas’ future as a leader for our country. I am so proud of our work and so incredibly blessed to have been a part of it.”

In the statement, Taylor also acknowledged the sacrifices that public service requires, including a “major commitment of time away from your family and friends.”

After news of Taylor’s retirement broke, he told a reporter with the Galveston Daily News that part of his decision was due to Middleton’s interest in his seat. Taylor told the reporter that he tried to dissuade Middleton, but that he is “ready to go and wanting to spend a lot of money.”

Middleton, an oil-and-gas businessman, is the chairman of the conservative Freedom Caucus in the House, where he has been a member since 2019.

Taylor is perhaps best known for his work on education. He was a key player in the 2019 school finance overhaul that lawmakers counted as a top achievement that session. The $11.6 billion measure boosted per-student funding and reduced property taxes, among other things.

Taylor’s decision is abrupt. His campaign had said Sunday that he would file for reelection Monday, though it did not appear to happen.

This article originally appeared in The Texas Tribune at https://www.texastribune.org/2021/11/30/larry-taylor-texas-senate-reelection/.

A boil-water notice in Houston made national news. In rural Texas, it’s a way of life.

Cruz: “Of course” Trump was wrong to call for terminating Constitution

THE CENOTAPHS —  Commemorating the Honored Dead