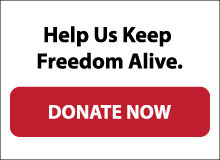 WASHINGTON, D.C. — The U.S. Supreme Court handed down two Fourth Amendment rulings this week that impact privacy rights. In the first case, Byrd v. United States, a unanimous Court ruled that drivers of rental cars—whether or not they are explicitly named in the rental agreement—are generally entitled to the same reasonable expectations of privacy under the Fourth Amendment as the individual listed in the rental agreement. In the second case, Dahda v. United States of America, the Court ruled 8-0 that evidence obtained under orders that violate the nation’s federal wiretapping law can be used against a defendant in a criminal trial.

“Few protections, as the Supreme Court recognized, are as essential to individual liberty as the right to be free from unreasonable searches and seizures. Unfortunately, the government has a terrible track record when it comes to abiding by this vital Fourth Amendment principle,” said constitutional attorney John W. Whitehead, president of The Rutherford Institute and author of Battlefield America: The War on the American People. “Privacy protections mean very little at a time when the government has the tools to spy on virtually all our private communications and continues to expand the surveillance state. Thus, it is vital that the courts safeguard and strictly enforce whatever laws remain in place to protect the privacy of citizens.”

In 2014, Terrence Byrd was followed by by state troopers for so-called suspicious behavior that included driving with his hands at the “10 and 2” position on the steering wheel, sitting far back from the steering wheel, and driving a rental car. Byrd was eventually pulled over for a possible traffic infraction of driving in the left lane on a Pennsylvania interstate. Byrd was driving a car that had been rented by Latasha Reed, who was not in the car at the time it was stopped. The trooper then searched the vehicle, believing that he did not need Byrd’s consent since he was not named on the rental agreement. The search uncovered body armor and 49 bricks of heroin in the trunk. Byrd was subsequently convicted and sentenced to 10 years in prison. The Third Circuit Court of Appeals upheld the conviction, ruling that the driver of a rental car who is not listed on the rental agreement does not have a reasonable expectation of privacy in the car and cannot challenge a search. However, a unanimous U.S. Supreme Court overturned the lower court ruling in Byrd v. United States, declaring, “The mere fact that a driver in lawful possession or control of a rental car is not listed on the rental agreement will not defeat his or her otherwise reasonable expectation of privacy.”

In Dahda v. U.S., federal agents, during the course of an investigation into suspected marijuana distribution, obtained a wiretap from a federal court in Kansas for Los and Roosevelt Dahda’s mobile phones in violation of  the requirements of Title III of the Omnibus Crime Control Act of 1968, which prohibits wiretapping except in very limited circumstances and under strict supervision by judges. After the Dahdas were charged with federal drug offenses, they moved to suppress evidence obtained under the wiretap order. The Supreme Court’s ruling allows prosecutors to use evidence obtained by wiretapping phones even if it falls outside the court’s jurisdiction. In weighing in on Dahda,The Rutherford Institute had urged the high court to strictly enforce the letter of the law protecting the privacy of citizens and maintain core privacy protections enacted by Congress, especially as they pertain to the government’s ability to monitor Americans’ communications.

This press release is also available at www.rutherford.org.