Militarization Is More Than Tanks and Rifles: It’s a Cultural Disease, Acclimating the Citizenry to Life in a Police State


“If we’re training cops as soldiers, giving them equipment like soldiers, dressing them up as soldiers, when are they going to pick up the mentality of soldiers? If you look at the police department, their creed is to protect and to serve. A soldier’s mission is to engage his enemy in close combat and kill him. Do we want police officers to have that mentality? Of course not.”— Arthur Rizer, former civilian police officer and member of the military

Only now—after the Departments of Justice, Homeland Security (DHS) and Defense have passed off billions of dollars worth of military equipment to local police forces, after police agencies have been trained in the fine art of war, after SWAT team raids have swelled in number to more than 80,000 a year, after it has become second nature for local police to look and act like soldiers, after communities have become acclimated to the presence of militarized police patrolling their streets, after Americans have been taught compliance at the end of a police gun or taser, after lower income neighborhoods have been transformed into war zones, after hundreds if not thousands of unarmed Americans have lost their lives at the hands of police who shoot first and ask questions later, after a whole generation of young Americans has learned to march in lockstep with the government’s dictates—only now does President Obama lift a hand to limit the number of military weapons being passed along to local police departments.

Not all, mind you, just some.

Talk about too little, too late.

Months after the White House defended a federal program that distributed $18 billion worth of military equipment to local police, Obama has announced that he will ban the federal government from providing local police departments with tracked armored vehicles, weaponized aircraft and vehicles, bayonets, grenade launchers, camouflage uniforms and large-caliber firearms.

Obama also indicated that less heavy-duty equipment (armored vehicles, tactical vehicles, riot gear and specialized firearms and ammunition) will reportedly be subject to more regulations such as local government approval, and police being required to undergo more training and collect data on the equipment’s use. Perhaps hoping to sweeten the deal, the Obama administration is also offering $163 million in taxpayer-funded grants to “incentivize police departments to adopt the report’s recommendations.”

While this is a grossly overdue first step of sorts, it is nevertheless a first step from an administration that has been utterly complicit in accelerating the transformation of America’s police forces into extensions of the military. Indeed, as investigative journalist Radley Balko points out, while the Obama administration has said all the right things about the need to scale back on a battlefield mindset, it has done all the wrong things to perpetuate the problem:

It remains to be seen whether this overture on Obama’s part, coming in the midst of heightened tensions between the nation’s police forces and the populace they’re supposed to protect, opens the door to actual reform or is merely a political gambit to appease the masses all the while further acclimating the populace to life in a police state.

Certainly, on its face, it does nothing to ease the misery of the police state that has been foisted upon us. In fact, Obama’s belated gesture of concern does little to roll back the deadly menace of overzealous police agencies corrupted by money, power and institutional immunity. And it certainly fails to recognize the terrible toll that has been inflicted on our communities, our fragile ecosystem of a democracy, and our freedoms as a result of the government’s determination to bring the war home.

Will the young black man guilty of nothing more than running away from brutish police officers be any safer in the wake of Obama’s edict? It’s unlikely.

Will the old man reaching for his cane have a lesser chance of being shot? It’s doubtful.

Will the little girl asleep under her princess blanket live to see adulthood when a SWAT team crashes through her door? I wouldn’t count on it.

It’s a safe bet that our little worlds will be no safer following Obama’s pronouncement and the release of his “Task Force on 21st Century Policing” report. In fact, there is a very good chance that life in the American police state will become even more perilous.

Among the report’s 50-page list of recommendations is a call for more police officer boots on the ground, training for police “on the importance of de-escalation of force,” and “positive non-enforcement activities” in high-crime communities to promote trust in the police such as sending an ice cream truck across the city.

Curiously, nowhere in the entire 120-page report is there a mention of the Fourth Amendment, which demands that the government respect citizen privacy and bodily integrity. The Constitution is referenced once, in the Appendix, in relation to Obama’s authority as president. And while the word “constitutional” is used 15 times within the body of the report, its use provides little assurance that the Obama administration actually understands the clear prohibitions against government overreach as enshrined in the U.S. Constitution.

For instance, in the section of the report on the use of technology and social media, the report notes: “Though all constitutional guidelines must be maintained in the performance of law enforcement duties, the legal framework (warrants, etc.) should continue to protect law enforcement access to data obtained from cell phones, social media, GPS, and other sources, allowing officers to detect, prevent, or respond to crime.”

This emphasis on technology, surveillance and social media is nothing new. In much the same way the federal government used taxpayer-funded grants to “gift” local police agencies with military weapons and equipment, it is also funding the distribution of technology aimed at making it easier for police to monitor, track and spy on Americans. For instance, license plate readers, stingray devices and fusion centers are all funded by grants from the DHS. Funding for drones at the state and local levels also comes from the federal government, which in turn accesses the data acquired by the drones for its own uses.

If you’re noticing a pattern here, it is one in which the federal government is not merely transforming local police agencies into extensions of itself but is in fact federalizing them, turning them into a national police force that answers not to “we the people” but to the Commander in Chief. Yet the American police force is not supposed to be a branch of the military, nor is it a private security force for the reigning political faction. It is supposed to be an aggregation of the countless local civilian units that exist for a sole purpose: to serve and protect the citizens of each and every American community.

So where does that leave us?

There’s certainly no harm in embarking on a national dialogue on the dangers of militarized police, but if that’s all it amounts to—words that sound good on paper and in the press but do little to actually respect our rights and restore our freedoms—then we’re just playing at politics with no intention of actually bringing about reform.

Despite the Obama Administration’s lofty claims of wanting to “ensure that public safety becomes more than the absence of crime, that it must also include the presence of justice,” this is the reality we must contend with right now:

To sum it all up: the problems we’re grappling with have been building for more than 40 years. They’re not going to go away overnight, and they certainly will not be resolved by a report that instructs the police to simply adopt different tactics to accomplish the same results—i.e., maintain the government’s power, control and wealth at all costs.

This is the sad reality of life in the American police state. 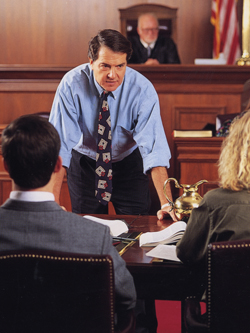 The Rutherford Institute, a nonprofit civil liberties organization based in Charlottesville, Va., is deeply committed to protecting the constitutional freedoms of every American and the integral human rights of all people through its extensive legal and educational programs. The Institute provides its legal services at no charge to those whose constitutional and human rights have been threatened or violated.

The Rutherford Institute is a 501(c)(3) organization, gifts to which are deductible as charitable contributions for Federal income tax purposes.